What Ethiopia needs is an independent prosecution

What Ethiopia needs is an independent prosecution

Abiy Ahmed’s ambitious reform agenda cannot succeed unless the office of the Attorney General is depoliticized.

More than a year after his rise to power, the honeymoon period for Ethiopia’s Prime Minister Abiy Ahmed has finally come to an end. Following the federal government’s relatively strong response to a failed “coup” in the Amhara Regional State, prominent national and international media and watchdogs have raised concerns over a possible lapse to old habits of mass arrests and internet shutdowns in Ethiopia – a past Abiy has sought vehemently to distance himself from.

Since taking power in April 2018, the reformist prime minister has taken a series of confidence-building measures, including releasing thousands of political prisoners, facilitating the return of exiled political groups, some of them armed, and initiating legal reforms aimed at enabling and institutionalising a transition to a democratic dispensation.

He also ended the no-war-no-peace impasse with Eritrea and recently contributed to the breakthrough agreement between the Transitional Military Council and opposition forces in Sudan.

The last few months have, however, brought to the fore the complexity of governing Africa’s second-most populous country where ethnic cleavages have high political saliency. The initial euphoria that followed Abiy’s unexpected rise to power gradually transformed into bewilderment and even pessimism in some quarters.

The prime minister has faced criticism, especially because of the perceived deterioration of the security situation and inter-ethnic skirmishes, which partly contributed to the rise in the number of internally displaced persons.

Perhaps the most obstinate challenge facing Ethiopia is the escalation of militant ethnic nationalism and regional irredentism in the context of a historically authoritarian political culture bereft of experiences of inter-ethnic or even intra-ethnic dialogue and compromise.

Reports of armed attacks by forces that claim to be associated with the Oromo Liberation Front; excessive tension and a war of words between officials of Amhara and Tigray Regional States; and contestations over the governance and “ownership” of Addis Ababa have compounded the already challenging nascent transition from decades of authoritarianism.

The aspirations of the Sidama ethnic group for internal secession to form a new regional state, which will be put to a vote in a referendum planned for the end of the year, have further exacerbated the tense political situation and could potentially worsen the volatility.

The intensity of the situation has pitted the short term demands of law enforcement to ensure relative political stability and security against Abiy’s declared path of strategic patience as a necessary compromise to nurture a nascent democracy.

Finding himself between a rock and a hard place, the prime minister appears increasingly frustrated and out of patience. This is notable in the rapid change of tone in his language. In a recent address before the Ethiopian Parliament, Abiy declared that he was ready to confront lawlessness and challenges to Ethiopia’s sovereignty “not with a pen, but with a Kalashnikov”.

Perhaps the clearest manifestation of the dangerous level of ethnic militarisation and extremism was the assassination of high-level government officials in the Amhara Regional State, which the government labelled a failed regional “coup”, and the killing of the head of the army and a retired general in Addis Ababa. Following these gloomy incidents, the government has overseen the arrest of hundreds of individuals, including prominent journalists and politicians, and plans to charge some of them under the notorious anti-terrorism legislation.

Abiy had received acclaim for acknowledging state terrorism and promising to reform the anti-terrorism legislation. By resorting to such a discredited legal weapon, therefore, the government is creating the impression that his government is hearkening back to the brutal ways of the old regime, and is signalling the stalling or even reversal of his transformation agenda.

Coupled with a days-long internet blockade following the failed “coup” and Abiy’s change of rhetoric, the arrests have raised concerns over possible setbacks to the reform agenda. Perhaps most damagingly, and regardless of the veracity of the claims, there is a narrative that the government is using the crisis as an opportunity to weaken prominent journalists, activists and politicians seen as propagating hardline Amhara nationalism.

Politicisation of the prosecution service

The escalation of ethnic politics and competition has no doubt fuelled suspicion of opportunistic political motivations behind the arrests and prosecutions. Nevertheless, there is a more fundamental reason that can explain the lack of trust in the decision to arrest and prosecute.

Under the Ethiopian legal framework, the ministry in charge of justice, the Office of the Attorney General, is a political appointee, and an ordinary part of the cabinet fully responsible to the head of government.

The office performs two principal functions: giving legal advice to the government and prosecuting crimes. While the first is a largely political role, the second is or should be a quintessentially legal function. Increasingly, countries around the world have taken measures to insulate the prosecutorial functions from political accountability and influence.

As a result, while new and politically unaffiliated faces have been appointed to lead the judiciary and the National Electoral Board of Ethiopia has been significantly reformed, the prosecution service has so far escaped attention. Nevertheless, without an independent prosecution, recourse to an independent judiciary would often be too little, too late.

The prosecution process is perhaps the most effective way to harass political opponents, even if ultimately the defendant wins in a court of law. The reform drive would, therefore, remain incomplete without the institutionalisation of an independent prosecution service.

The lack of formal guarantees of prosecutorial independence has fed perceptions of politicisation of the prosecution office. Indeed, the leaders of Tigray Regional State have refused to cooperate in the arrest of former high officials who are suspected of committing serious crimes, including the former head of the intelligence services, mainly because they consider the prosecution selective and politically motivated.

The recent wave of arrests following the attempted regional “coup” has triggered similar accusations of politicisation of the prosecution process. Regardless of the genuineness of these perceptions and accusations, the fact of the matter is that there is no institutional safeguard against politically motivated prosecutions.

Accordingly, a sustainable solution to the historical politicisation of the prosecution services and current fears of its continuity requires the adoption of legal (and constitutional) reforms to institutionally separate the prosecutorial functions from the political role of the Attorney General as legal adviser to the government.

The separate prosecution office should then be guaranteed independence in the same manner as the judiciary. This institutional separation and guarantee of prosecutorial independence would go a long way in establishing and strengthening trust in the office.

While such reform may not automatically liberate the prosecution service and mark the end of frivolous prosecutions, it would provide the foundations for an autonomous institution capable of serving the general public interest rather than the transient needs of the government of the day. It would also proactively preclude accusations of politicised prosecution.

Rather than signalling a reversal of the reform agenda, the controversy arising from the recent wave of arrests has unveiled the missing piece in Ethiopia’s reform jigsaw. The country should take the opportunity to initiate reforms of the prosecution service and diminish its politicisation.

The views expressed in this article are the author’s own and do not necessarily reflect Muchemimwonjorias editorial stance. 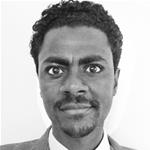 Dr. Adem K Abebe is advisor and commentator on the African Union and governance and democracy in Africa.

Former president Daniel Moi was re-admitted at the Nairobi Hospital

The shooter is an ex-convict

The Governors who campaigned with Raila at Kibra